27 Oct 2021, 15:22 Amati Model 1 likes 7855 views 0 comments
Apart from Columbus's logbook, Spanish literature does not give exhaustive information on the two caravels that accompanied the Santa Maria to the Indies.Originally the Niña and the Pinta were caravels with Latin sails.

Both are known to belong to the Pinzon brothers who participated in the expedition as captains. In the Canary Islands the Pinta was retooled with square sails.

This operation also required the total replacement of the tree and caused a waste of time of four weeks.

Christopher Columbus has always referred to his flagship as "nao" and the other two as caravels.

The video tutorial for the construction of the Pint of Christopher Columbus made by a very talented lady, Olha Batchvarov. 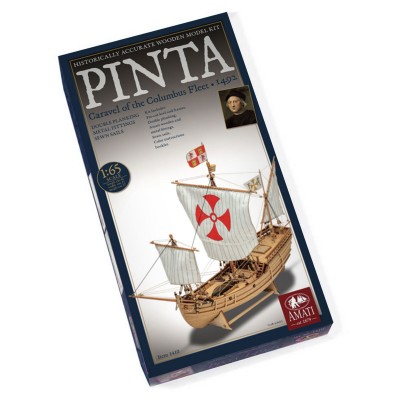